Money & Life contributors draw on their diverse range of experience to present you with insights and guidance that will help you manage your financial wellbeing, achieve your lifestyle goals and plan for your financial future.

One of the biggest impacts of the superannuation changes that took place on 1 July 2017, is the effect on estate planning in super.

In this article, we will:

From 1 July 2017, a $1.6 million transfer balance cap limits the total amount of superannuation benefits an individual can transfer into an income stream where earnings are tax exempt (i.e. retirement phase).

The value of a death benefit income stream counts toward the recipient’s transfer balance cap. When and how much is counted depends on whether the pension is automatically reversionary to the beneficiary or not. Further, special rules apply to calculate how much transfer balance cap is available to commence a child account based pension. However, these rules are outside the scope of this article.

Table 1 and Table 2 outline the impact on death benefit income streams commenced before and after 1 July 2017.

Example: Death benefit income stream, where the beneficiary has used up their transfer balance cap

In July 2017, Yanna commences an account based pension (ABP) with $1 million and her husband Yannick commences an ABP with $1.6 million.

The balance of Yannick’s ABP is now $1.4 million (the value of both their pensions have been reduced over time by the drawdowns of superannuation income stream benefits). Despite this, as Yannick started the superannuation income stream with the full value of his transfer balance cap, he cannot transfer any further amount into the retirement phase without reducing his transfer balance first.

One of the biggest impacts of super reforms is that in addition to the usual estate planning considerations, advisers now need to take into account the impact of the receipt of a death benefit pension on the beneficiary’s transfer balance cap. That is, advisers must consider both pensioners’ transfer balance accounts to determine how much the recipient can retain in a death benefit income stream.

Many SMSFs hold bulky assets (e.g. residential and commercial property). Some have limited recourse borrowing arrangements in place to finance these assets. The current estate plan for many of these clients may be for the surviving spouse to commence a death benefit income stream to enable the asset to be retained within the SMSF. For many clients, this may no longer be an option.

Further, as many clients will be unable to keep the total amount of capital in super, a large portion may need to be cashed out. In light of these changes, advisers need to review impacted clients’ current nominations and their overall estate plan. They may need to consider what needs to happen to the asset if it has to be paid out of superannuation. Depending on the client’s circumstances, directing some/all the death benefit to a testamentary trust, or to a non-spouse beneficiary, may need to be considered.

Advisers are often involved in assisting clients to consider whether reversionary, binding or non-binding nominations are most appropriate to their circumstances. The right solution will depend on the client’s situation, their goals and objectives.

One of the advantages of using a reversionary nomination is that it gives the client 12 months to get advice and have things sorted. With non-reversionary pensions, the usual requirement to pay a death benefit as soon as practicable applies. Clients should ensure they seek financial advice as soon as possible to decide on the next steps.

The amount that counts towards the reversionary beneficiary’s transfer balance cap is the pension value at the time of death. For a non-reversionary income stream, the value when the pension is commenced is counted. This can be:

Importantly, any excess above the reversionary beneficiary’s transfer balance cap can only be cashed out and paid to the beneficiary directly, out of the super environment. This may give an inefficient outcome from a tax, estate planning, asset protection and/or aged care perspective. To avoid this, for some clients, a binding nomination to the spouse and/or other beneficiaries or even a non-binding nomination, in the right circumstances, may be more appropriate.

Ongoing review of a client’s nominations is now more important than ever. In addition to the usual triggers for the nomination reviews (e.g. divorce, marriage, change of beneficiaries’ circumstances etc), advisers will need to consider the changes to clients’ and their spouses’ super and pension account balances.

Igor dies on 31 October 2018, leaving $2 million in his pension. Ludmila’s pension is $1.4 million at that time. Let’s consider the outcome if Ludmila and Igor had:

Scenario 1: Reversionary nominations to each other

Under this scenario, Igor’s pension automatically reverts to Ludmila, and she will have 12 months to decide what to do next.

Ludmila should take these steps before 31 October 2019, to ensure that she does not exceed her personal transfer balance cap. As a result, $1.4 million of Igor’s pension is retained in the superannuation environment, together with Ludmila’s own funds.

However, the remainder of the death benefit pension (i.e. $600,000) counts towards Ludmila’s personal transfer balance cap on 31 October 2019
(i.e. 12 months after Igor’s death). As this is a death benefit, and therefore cannot be rolled back into the accumulation phase, this amount must be cashed out of the superannuation environment.

Given that Ludmila is a high marginal tax rate taxpayer, this is an inefficient tax outcome.

Scenario 2: Both Ludmila and Igor had non-binding nominations to each other

Igor’s pension ceases on his death, and the death benefit must be paid out as soon as practical. Ludmila seeks financial advice. As a result:

Igor’s nomination is non-binding. If Ludmila is in a self-managed super fund (SMSF), Ludmila, as the trustee, has the ultimate discretion as to how the benefit will be paid. In a retail fund, she can generally ask the trustee to pay a portion to her and a portion to other SIS dependants and/or the estate.

After seeing her financial adviser, she asks the trustee to pay the death benefit as follows:

Scenario 3: Ludmila and Igor had binding nominations in place

Non-binding nominations may be inappropriate in some situations. For example, if Ludmila and Igor have children from previous marriages, whom they would like to leave a portion of their superannuation to, then binding nominations would provide more certainty.

So, what should Ludmila and Igor consider when putting a binding nomination in place?

If they have binding nominations to each other, then the outcome will be similar to scenario one. Although, unlike scenario one, there is no 12-month grace period until the value of the death benefit pension is counted towards Ludmila’s transfer balance cap.

If a binding nomination is required, Ludmila and Igor should consider:

If this option is selected, the nomination will need to be regularly reviewed to ensure that the nominated proportions remain appropriate. 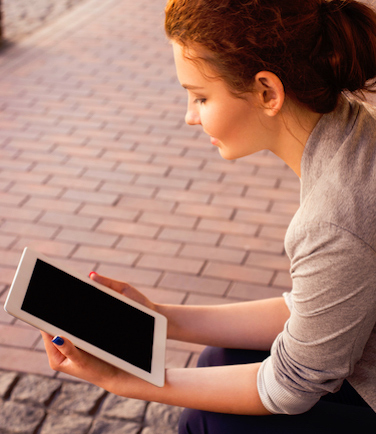